Tuesday 13th November
So after the short day trip to Poland that lasted 2 days, I headed to Stockholm for a couple of days but with just one night booked in a hotel due to a late kick off and an early morning flight home.

I left Gatwick around 1pm on the Norwegian flight to Stockholm, arriving around 5pm with the 1 hour time difference.  I was going to get the fast train to the city centre but at 490 Kroner (about £49) for a 20 minute journey I decided to get the cheap stopping coach instead for about £20 return.  It took about an hour and half to crawl into central Stockholm due to road works and the rush hour traffic.

The coach terminated at central station, so I dug out my map and soon found my underground hotel, yes underground hotel for my expensive night in a tiny room with NO windows, but yes it was nice and warm and en-suite so I was happy. 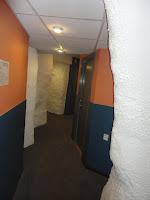 I was out on my own for this one as Liz is busy studying and Kev, Fiona and Michael would not be in Stockholm until the next day.  The hotel had WIFI so I went on line and soon saw that Scott Shaw and his mates were in a bar about a 15 minute walk from the hotel, so I soon headed that way. I met up with Scott and also bumped into Jonothan Greig and as the beer was only
around 59 Kroner a pint not too bad. Bumped into a few Southampton lads who
settled in for an evenings drinking. After a few beers we headed down the street to another late night bar and carried on drinking until the early hours. 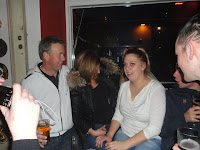 Wednesday 14th November
I woke up reasonably late and after a quick shower headed out from the underground rooms to grab a breakfast roll and coffee for just a fiver, bargain in this city. I then decided for a stroll around old town. 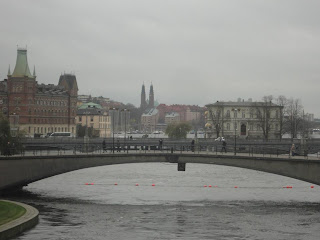 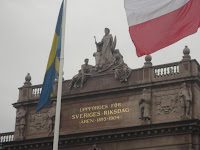 After having the worlds most expensive coffee and mid morning snack (a bit of Rhubarb pie and cream) for just a mere £14, I decided to move back to the pub I had started in the night before. 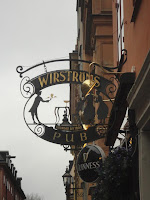 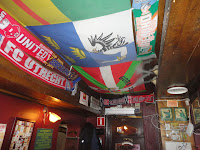 I met up with Michael in this bar and after a home made burger and beers at 49 Kroner as it was happy hour (that lasted 6 hours!).  I was drinking the local bre Three Towns which went down very nicely.  Kev and Fiona arrived about 5pm into central station so we headed that way.

The Match
We stopped at the station before the stadium and met up with a mate Tony Simmo a Brighton lad who now lives out in Sweden.  After another couple of beers it was time to catch the train to the impressive new looking ground 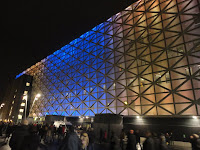 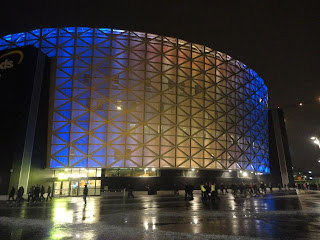 So now it was time to go into the ground, luckily this time the roof was on(as it was raining rather hard) as was the heating for a nice warm 20C. In fact it was a little too warm after only being about 3/4C outside.  Shorts would have been more suitable than several layers of clothing. 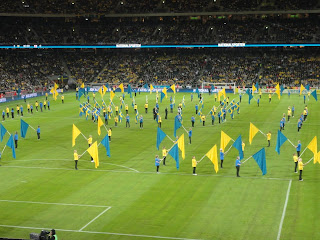 So after the official opening of the stadium it was on to the match. The horses and the flag wavers and the very annoying tannoy announcer left the picth and it was soon time for kick off. 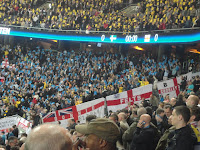 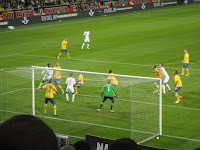 Thursday 15th November
I woke up on the reasonably comfy airport bench about 4.30am, and at 5am we headed through passport control and the security checks.  The Norwegian flight left pretty much on time, but arrived slightly late into Gatwick due to strong headwinds.  I rushed through as I was interviewing that day at 11am, luckily there was a train within minutes to Brighton and one straight to Falmer, so within 50 minutes of landing at 9am I was in my office.Phew!

So thats it for 2012 and England away.  Next stop San Marino and Montenegro double header with Sports Options. 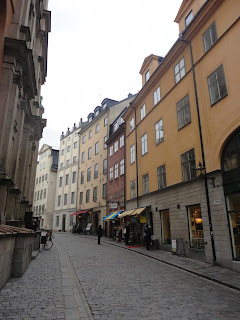 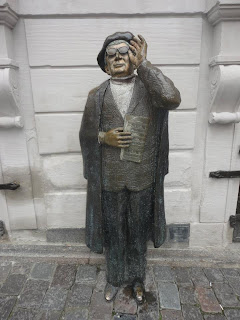 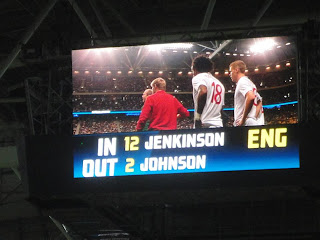