On Friday evening we headed to Charleroi for Liz's nieces wedding, hence we missed the Port Vale and Estonia wins. Saturday evening at the reception I sneaked off to our room and watched the final 10 minutes of the rugby. As we were in Belgium most people desperately wanted us to beat France, the venue for the reception was just

13km from the boarder. When I went back down and informed people of the result there was much celebration and the score was announced by the DJ! We finally got to bed at about 2.30am, the final guests finally left at about 7am!!!!

Sunday and it was off to Brussels airport late in the day for a 9pm check in for our 23.55 Aeroflot flight to Moscow. When we checked in they informed us that due to freezing fog and heavy snow the flight had still to leave Moscow, so they advised us to go back and check with them around midnight. We went over to the Sheraton hotel as everything in the terminal was shut. When we came back they told us the flight had just left Moscow and our new departure time was 3.15am. We went through passport control and found some seats to get some sleep. We finally took off about 3.30am and landed 9am local time (3 1/2 hour flight plus 2 hour time difference). 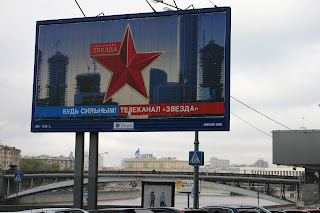 take us into the city.We

headed to the offices of Real Russia to register our Visa as staying for more than 3 days. We then ventured onto the Metro to get to our apartment in the Old Arbat area of Moscow. Now all the names are just in Cyrillic so it took a bit of guess work (and counting stations) to get there, but we managed it ok. So we checked into our apartment and then ventured out for some food and drink. It was now driving snow in a strong wind so it made for an interesting evening! 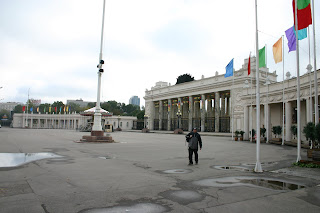 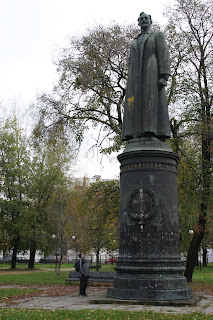 Tuesday and it was up reasonably early and we headed to Gorky park. The gates at the entrance are pretty impressive, but the place was deserted. We headed over the road to a statue park where they have many Stalin, Lenin, Brezhnev and Dzerzhinsky (founder of the KGB) statues pulled down at the fall of communism but kept for historical reasons. The park was also full of old USSR propaganda monuments. 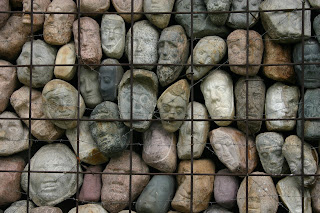 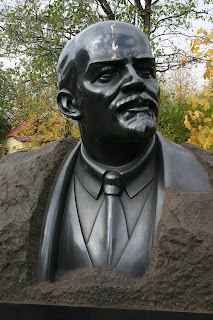 The centre statue is one of Lenin and Stalin but they have surrounded them by heads in cages to represented the thousands of people oppressed (and killed) under the dictatorships. Outside is a gigantic statue to Peter the Great, its set on the river bank and pretty spectacular. 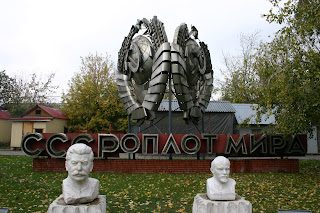 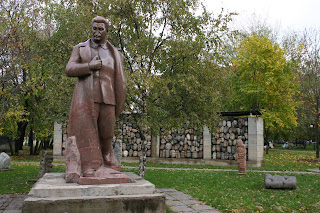 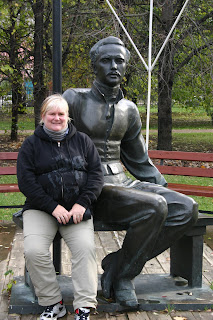 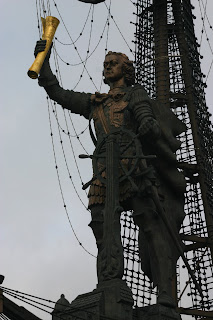 Wednesday and it was Kremlin day and match day. We met up with the London englandfans and laid a Wreath at Tomb of Unknown soldier which represents 27m Russians killed in WW2 in about 4 1/2 years. The British Embassy, the British Council and the Russian army where also involved. We then visited the State history museum before hitting red square and seeing St Basils cathedral for the first time. Wow!

Its hard to describe the odd shaped turrets and many colours but it is a truly amazing site at the end of red square, with the Kremlin to your right and a huge state department store to your left and the vast square infamous (I recall seeing it on TV so many times as they described the threat of the nasty red communists) for Russian shows of strength with public demos. Red actually means beautiful in Russia, nothing to do with the red army or communism.Lunch time and we headed to a traditional Ukrainian restaurant. We had the set menu and it was a salad, a soup and I think a cheesy shepherds pie! Next it was back to the Kremlin again and a guided tour. Lots of places off limits as Putin was in situ, but the Kremlin with its chapels and old buildings is very impressive. It was now getting close to 4pm so time to head to the ground. 2 coaches had been organised and as we walked out of red square to get on board a group of about 25 Russian hooligans suddenly appeared from nowhere. They threw a flare into the middle of us and in the melee one 16 year old lad was punch to the ground. No other major injuries and soon the police arrived and chased the thugs off. I spoke to some other Brighton lads who had been drinking in Old Arbat and they had also been ambushed and had taken a few slaps, that appeared to be the story from many different people, Russians picking off small groups of English.


As for the game - well I imagine most saw it, the 78,000 Russians made a hell of a din, the 6,000 English did there best but we were well and truly drowned out! No hassle around the ground or afterwards and we were back at our apartment just after midnight. 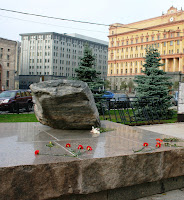 We then visited the Sword and Shield bar which is a hang out for old KGB members, the place was full of memorabilia and was fascinating. We walked back to red square via the Bolshoi theater that was closed for renovation. We visited another couple of cafes as we wanted to wait to see Red Square at night. Once again its a fantastic site with St Basil's and the Kremlin looking just as good under floodlights!

Friday and we had planned to see Lenin's tomb, but bad planning on our part as it was closed! So we had another wander round some of the city before more food and 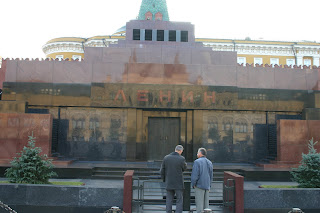 drink (the Siberian Crown and Baltic No 7 are very tasty beers) it was now time to wait for our taxi to the airport. It was now 6pm and we needed to check in at 7.10 for our 9.10 flight back to Brussels. The taxi was 40 mins late so we knew time was short, and the traffic bad. Our driver was a star we did U-turns in the middle of 9 land ring roads, went over grass verges, drove through ditches and at one stage when the time was approaching 8pm and we were still miles away and sat in a jam, he swung round to the opposite side of the road and reversed backwards to get past the problem. I jumped out when we could see the terminal and ran to the check in desk as it was now nearly 8.25 but luckily the gate was still open. So once Liz arrived with the bags we checked in and just about made the flight back to Brussels ! Phew!

So another great trip, looks like a free summer which is a shame.


A few more pictures of Moscow 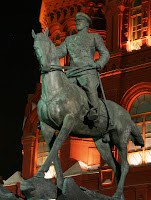 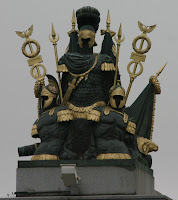