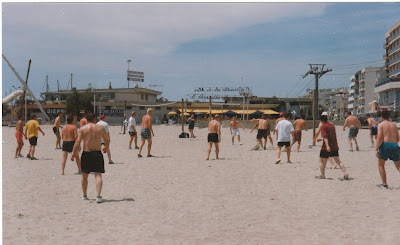 Pictures from the Tunisia match in Marseilles. Marseilles was a beautifal place but sadly clashes with the local ethnic imigrants meant a day of trouble. We went to a Marseilles supporters bar before the game so avoided all the trouble. Pete however cust his arm open when he brushed against a cars broken wing mirror! He had to have severl stitches the next day, we helped by going to.......................... 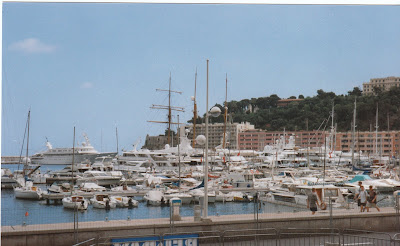 E-mails about the World Cup

I have just received conformation of the trips being run by the official travel agent of the Football Association. As you can guess no one I know will be going with Travel Management as the prices are

We have booked a 15 day trip with Northern Holidays including 13 nights accommodation plus ferry/coach to France and all travel in France for ?475.

Good to see that England fans without tickets will now be welcome in France.The organisation for this tournament has been poor from the start. Apparently the FA have spent ?1million on a campaign to stop England fans travelling without tickets , all to be scuppered by a French minister saying come and join the party with or without tickets.

Did anyone see Dispatches on Channel 4 last night. It was an investigation
into World Cup tickets. It looked at Great Portland Entertainment (GPE)in London and a company based in America.

They estimated that GPE have sold over 15,000 black market tickets for FRANCE98!! They are so well organised they paid £800,000 in advance for the tickets.

The CFO (the organisers of this World Cup) ignored the Westminster trading standards officers who went over to see them , re safety aspects regarding segregation but they didnt appear to care. It then turned out they were aware of certian goings on but didnt appear concerned ie Cameroon sold 3,500 to a third party who passed them on to the black market. Cameroons defence was FIFA insist on payment up front for all tickets and they couldnt afford it,so they had to get backers to put money up for them in return for a share of the tickets ie GPE!

All GPE said was that they took orders for tickets and only took money if they could get them - which they did! They charged £150/£200/£250 per ticket for the group games and £900 for the Final! They must be making a fortune.

I'm glad my tickets only cost face value - which was £16 for the group matches.