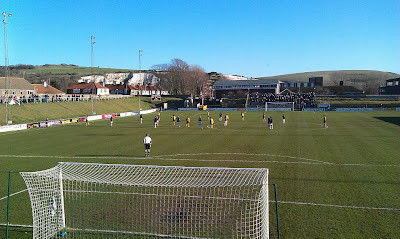 As Lewes v Horsham kicked off at midday, I popped along before heading to the AMEX for the big game at 3pm. The Lewes match finished 1-1 in front of a crowd of 1,005. I missed the Horsham goal (with the last kick of the game) as we had already headed for the train station!

As is usual in non league the fans switch ends at half time. Second half with the Horsham fans (with loads of flags) at the opposite end. 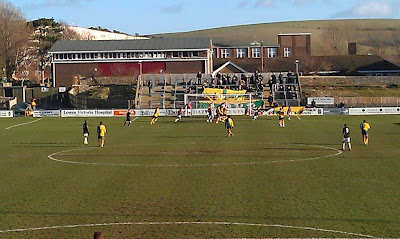 The main stand (and teams) hidden in the shadows!
Posted by Mark R at 13:52