A v Israel continued from here

We then move on to Capernaum where Jesus held his ministry, 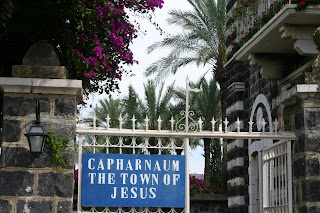 Then on to the sea of Galilee Next it was the river Jordan (you cant go to Jericho where Jesus was baptised as that is closed of at the moment due to the unrest?.

We then went to the church of the multiplication where the miracle of the fishes and loaves to feed 5,000 and the sight of his appearance after his resurrection. Once again a long day (7am to 5pm) but well worth it.

I am not religious so leave it to others as to whether they believe these things happened or not. Its amazing that you get Bethlehem, the Western Wall and the Dome of the rock which are the central points of Christianity,Judaism and Muslim all within a few miles of each other, yet the hatred between these people is obvious. There is one house in old jerusalem owned by a Jew in a Muslim area,

and yes they have built a bl**dy great fence round it to protect him!


Tuesday and it was a more relaxed day. We wandered through the main park in Tel Aviv and a river runs through the middle. We saw lots of King Fishers, Herons, stalks and parakeets.

Some pictures from the park on the edge of Tel Aviv. If you click on the last picture it enlarges and yes it is a pied kingfisher!! 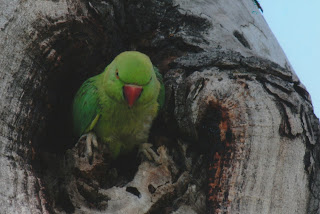 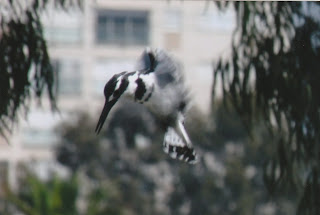 It was a great way to finish our time in Israel, sitting in the sun in a nice peaceful park. We walked back to the train station through the new modern Tel Aviv and were soon at the airport ready to fly back to Heathrow.