We set off to Geneva on Friday afternoon. We were on the 4.45 euro tunnel to Calais; we arrived slightly early and got on the 4pm one instead which was a good start. We 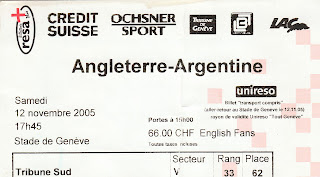 had a hotel booked in Troyes (about half way to Geneva) and arrived just after 9.30. We booked into our hotel, then parked the car in the safe underground car park. It was so safe we couldn't find away out! We eventually found a door, but that led to an enclosed compound at a block of flats with 30 foot fences all round. We finally

got back inside and had to use the emergency exit to get out! By now it was about 10.15 and Troyes appeared to be closed. The first restaurant we went in had seen the kitchens close at 10pm, so we settled down for a few beers. After speaking to the bar man he pointed us to a late drinking bar, and that luckily was still serving food. We soon tucked into some nice Mexican food and the beer and then the spirits began to flow. We had a couple of tequilas and shorts on the house and as it was now about 2.30am time to head back to the hotel. We detoured to have a look into the club linked to the hotel, but they wanted 15 Euros to get in and the place was empty apart from a few heavily built giant coloured bouncers and there mates. The place went quiet as we poked our head round the corner to see if it was worth going in but we changed our minds. I know bouncers are usually big, but everyone in the club looked like they spent 23 hours a day lifting weights, rather than the 23 hours a day we spend drinking! We decided even in our drunken haze to head back for some kip.

At 9am I woke up, everyone else was in various hangover stages! We finally set off at just after 10am for Geneva. We got to the Swiss border with no problems (just bad driving conditions with fog and heavy rain plaguing the whole trip!), but then had 3 sign post to Geneva, we took the one straight ahead of us and it turned out 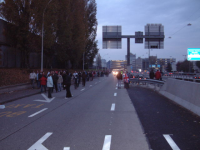 not to be the most direct route! We ended up going over the Jura mountains and they are 1,723 meters (5,650 feet) high and we must have climbed up and up for about 20 kms. The view from the top was spectacular but the windy roads and steep ascent played havoc with a hangover! We eventually came down the other side but it meant we didn't park up in Geneva until about 2.30pm, the mountain detour adding about an 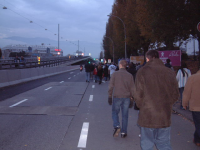 hour to our journey. We parked up on the closed motorway used as a car park, well a partially closed motorway, you had to take you life in your hands to cross 2 lanes still open to get to the ground!


The organisation at the ground was diabolical. We queued up, got past the first ticket check to then be turned back trying to get into the ground as in the wrong section. We grabbed our free programmes (which were not being handed out in the England end) and we had to pass back out, walk about 20 minutes further round to join the massive queue to get through a gap in the barriers erected. One at a time, well for 8,000 people that was really going to work. The crush got worse as three double decker coaches with the official day trip turned up. The crash barriers eventually got taken down by the Police and they gave up on the checks. Once again the England fans were being treated as second class citizens, the Argentineans had about 25 entrances, we had one squashed in next to a fenced off car park underneath the motorway fly over and a fenced off building site. It was downright dangerous and something they urgently need to sort (along with lack of directions) before the European Championships. Once they had relived that bottleneck and it was down to 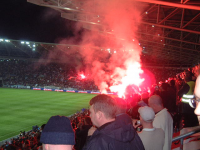 the proper entrance, then more chaos. We got sent down an almost vertical slope to get to one set, they then said they would only accept tickets for one block (out of 5 for the away end), people started getting abusive and in the end they just gave up and let everybody through. It was so unorganised, but we were at last in the ground. The view in the ground was superb and we stood towards the block behind the goal, next to the BBC camera. The atmosphere was soon building (who was the annoying woman with a microphone on the pitch trying to get the England fans going, we don't need somebody shouting in a piercing high pitch voice shouting rubbish!). We guessed at about 15,000 England fans at the game compared to about 7,000 Argentineans, the rest neutral but supporting mainly England. There was some trouble in the ground when a group of Argentineans started pulling down some St Georges crosses, the England fans reacted and a punch up started, the Police were not in the ground and it took about 10 minutes for it all to calm down. In that time Crespo had a goal disallowed. 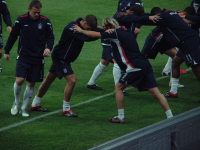 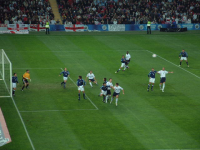 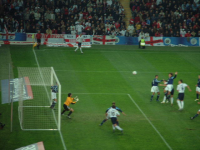 
I imagine most people saw the game, and it was probably the best friendly I have ever seen. Argentina had some class players and at times played better football than us, but in the end the spirit of the England team got us through. When Owen equalised the away end erupted, the celebrations when we went 3-2 up were as if we had won the world cup, great stuff. We waited in the ground rather then try and get out early as that is often a flash point at England games. The Swiss riot police unnecessarily lined up to stop the official England fans getting out, despite nearly as many being in other parts of the ground. We finally got let out, then they blocked off the route back under the motorway and sent people up the road, 8,000 having to squeeze between coaches going back to the airport and shuttle buses back into the city centre. It was once again dangerous and unnecessary. We finally got back to car and within 10 minutes were back in France and heading home on the motorway (decided to miss out the mountain detour on the way back!). We only stopped once and got back to Calais at 3.30 and caught the 4.49 train back home. I was back in West Hoathly about 7.30 and went to bed and woke up at 3pm! A great game and a great trip, but back to the airplane/train for me next time!

The Following pictures were taken by Jamie Harper 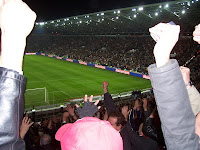 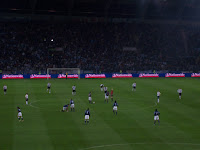 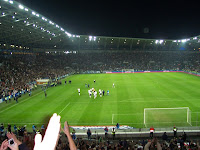 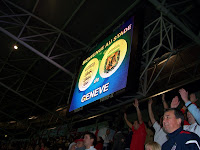 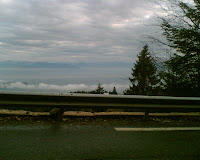 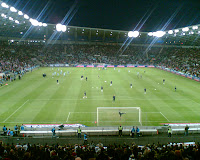 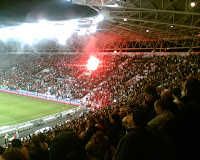