Following the Albion pre-season tour to the Republic of Ireland, me and a mate went on to Galway for the Galway Festival. We saw a live Saw Doctors gig, the Macnus Parade and the following day Galway v Mayo Gaelic Football match. It was the Connacht Senior Football Final A large crowd gathers in the Tuam town square. They had a point for people who had spare tickets to sell on at face value (the game was a total sell out at the Pearse Stadium). We picked up tickets for 20 euros. The Maroon and White flags of the Galway fans The Galway fans slope off home (well to the pub for a pint of Porter!!)

We go back to the pub and watch the end of the Open golf tournament on the TV before heading back into Galway from Tuam. 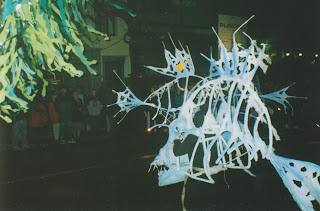 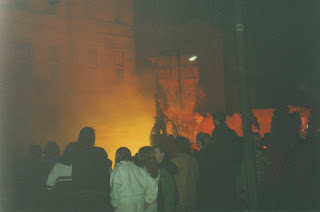 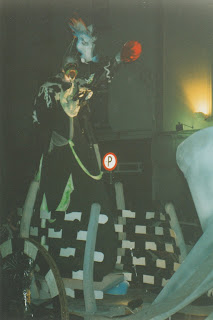 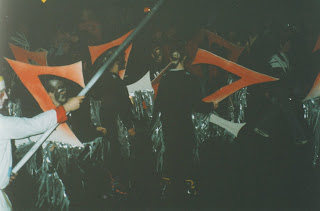 Some poor pictures of the Macnas Parade in central Galway (around Eyre square)
Posted by Mark R at 20:46