There's Brighton here, there's Brighton there! Well I have just returned back at work for a rest after Amsterdam. I flew out on the Tuesday evening but didn't get into central Amsterdam until about 23.30 as the flight was an hour late, then they 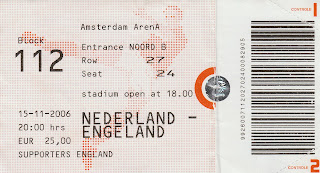 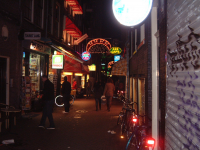 minutes or so! I bumped into my first Sussex person (Man City Dave who lives in Worthing) as i got off the train. I met up with my mate Graham (one of the BHAlba) in a bar near the station. I got a call from Mr Blackman who was with a couple of other lads from Crowbrough, he was with Stuart Adams from Bexhill and his mates. We didn't meet up as Phil was unable to give me directions by that time of night!Graham and I had a few more beers, a nice friendly local kept buying us some local brew, no idea what it was, but it was nice. The bar shut at 1am, so we headed towards the Leidesplein and closer to our hotel. We went past the bars with dancing girls (they wanted money to go in!) and settled into the Jazz club as that had free entry until 3am. We headed back to the hotel via a kebab shop just before the place closed.


Wednesday morning and it was a late breakfast purchased from a cafe as we missed the hotel breakfast (that finished at 10.30am - way way too early!). We headed to 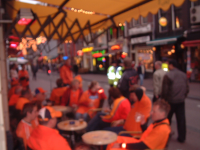 and the others in the Irish bar (I think there are now more Irish bars in Amsterdam than in Dublin!!). They had been in the place since 9am, and soon the beer was flowing. 4 more of our mates from Brighton including listee Andy Shall soon turned, then Andy Stonestreet and his mates also turned up. Next thing a group of about 10 Moulescoomb lads turned up! There were Brighton fans all over the place. We didn't see Jon Vallance for a change, guess that's why he said he didn't see any other Albion fans as we kept bumping into them! Next Little Kev from Worthing pocked his head through the door to say hello before heading off to a different bar. The day just drifted away and before you could say "time for another pint" it was time to head to the ground.

We squeezed onto a metro to the Amsterdam arena, then it was a 5 minute walk and we were in the queue for the away end. Once in the ground I bumped into Gary & Sue who go on Straw tours to away games, and then as I wandered around looking for my seat 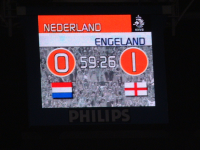 bumped into Steve Ferris, who was sitting in the same block as me, so went and sat with him and his mates for the match. The match was a typical friendly, no real atmosphere, i would guess at about 8,000 England in the ground, but I think they said the crowd was 44,000 so well short of the 52,000 capacity. The match seamed to fly by and we headed of before the end (and yes I did miss the Holland goal) so as to avoid massive queues getting back onto the metro. So it was straight back onto the Metro and back into the city centre. The beer flowed as freely as before the game, Graham and I walked back to the hotel and boy did we get lost. We started about 15 minutes walk away, decided we better ask as we didn't recognise anywhere (the canals all look the same) and we were now about 25 minutes away heading in the wrong direction! We did finally find the hotel, but stopped to get a kebab! This brief break really was a feast of beer and chips and kebab, luckily it wasn't for toooo many days! 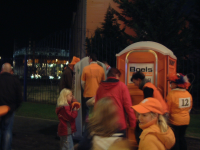 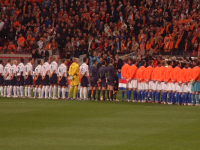 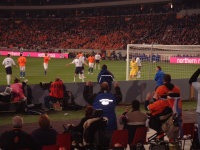 Some pictures from the match 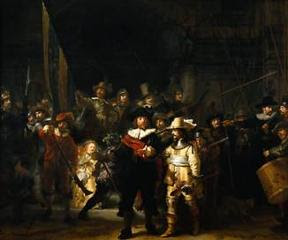 would probably have missed lunch! We ventured to the Rijks Museum and saw the Rembrandt gallery. The last picture you see is the famous "Night Watchman". Its very impressive and also very big! After spending a couple of hours looking round we decided we could manage some food so found a nice steak house for brunch sort of time meal. We met back up with Andy and the other Brighton lads, well when we met then they were down to 4 as one had already returned to bed as a bit worse for wear. Another followed within a few minutes whilst the other 2 sat down floating the afternoon away! After a couple of hours people reappeared and seamed to recover! With a second wind we took the opportunity to head for an Indonesian meal about 8pm. It was a great meal, one of the more popular types of food in Amsterdam. After the meal I headed back to the Hotel at about 10am as had to be up at 4.15am (3.15am UK time) to get a taxi to the airport for the 7am flight back to Gatwick. SO finally back to work, now to find a quiet corner for a snooze........zzzzZZZzzzzZZZzzzz 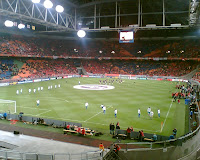 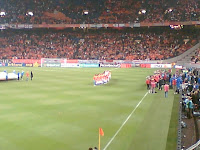 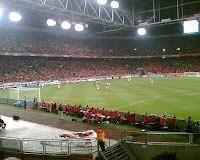 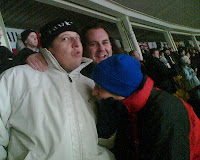