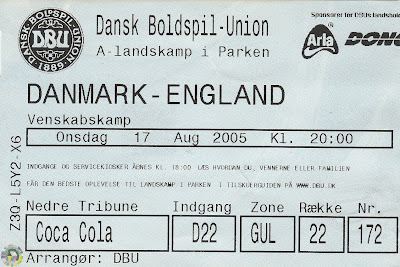 England abroad. Due to lack of holiday it was only a day trip for this one, so we flew out of Stansted at 8.30am and by midday had been dropped off in the centre of Copenhagen. It was very very hot and sunny so we moved into the nearest bar for a nice cold beer. For 3 ½ beers the cost was 176 Krone , about £16! Ouch! As we only had a few hours in the city we decided to go on the City tour bus and boat trip. That left at 1.30pm so we headed for the open top bus and took in the main tourist attractions. Some of Copenhagen is old and picturesque, there is lots of new waterside developments and I have to say compared to home it's a very quiet city, it seams very few people live there! The bus tour of course took us to see the Little Mermaid, mmmmmmm bit of a let down. We also visited the Royal Palace and saw the changing of the guard. Similar to London apart from they wear a blue uniform rather than red. We saw lots of places built by a chap called Christian IV. That included a very impressive stock exchange building called the Borsen. It has a very impressive spire, representing four dragon tails intertwining. The three crowns on top represent the three countries of the Danish kingdom at the time: Denmark, Norway and Sweden. The bus also passed the monument (a ships anchor with a box buried below contained 18,000 (I think that's what they said) names of people know to have died on boats during the war) to all those killed during the German occupation during the war. We also saw Rosenborg Castle and Nyboder(meaning new harbour) a 17th century housing development consisting of hundreds of small yellow houses. Next we saw the Vor Frelsers Kirke, a church with a spiral spire with an exterior winding staircase, that certainly looked impressive. Next up it was on to the boat which once again took us to see the Little Mermaid from the other side.. It was approaching 3pm and no sign of sunset as per the BBC website, in fact it didn't get dark until about 9pm! By the time we got back it was 4pm so time to find a nice restaurant. We wander away from the main square and found a place called RizRaz that seamed popular with the locals. For 119 Kroner (about £11) we had some chicken and lamb kebabs, including a help you self buffet to salads/cold meets etc. Not cheap for a meal. Next we moved towards the station and stopped off for a another beer, this time it was a local brew called Apollo but as we sat outside it cost 90 Krone for a litre, so roughly £8 for less than a pint! It was actually brewed on the premises and was very nice. About 6.30 we headed to the train station, paid 17 krone for a single ticket and arrived into Ostergade station and then it was about a 10 minute walk to the ground. We were in the lower tier behind the goal. It tool about 15minutes to queue to get in, once we had been let into the fenced of England queue, then a body search, then a ticket check. We were in block D22 that didn't exist, but as you sit anywhere didn't matter, but did cause confusion! The game - I refuse to 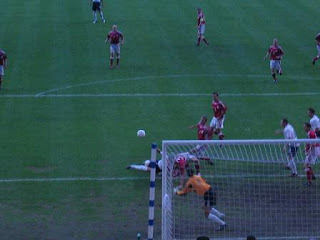 players who whenever they put on an England shirt are proud and want to do well. The second half was a mare,but I couldn't be having booing England players. We walked out at 0-3 so missed the last 2 goals, but by then didn't really care. We helped out our mate to direct people back to the coaches and we were soon back at the airport. We took off about 1.30am local time and landed about 2am at Stansted. Thanks to everyone at 365Englandfans for arranging the trip.Another short but good trip, following Wales and NI there is possibly an away friendly in November (but only if England qualify automatically and are not involved in the play offs).

Some more pictures around Copenhagen 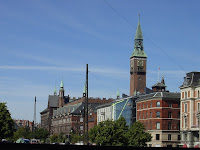 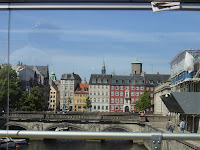 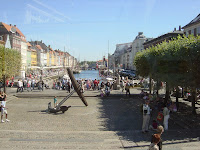 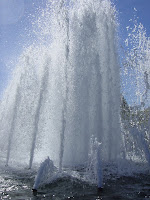 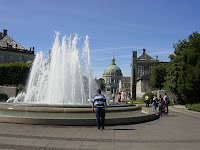 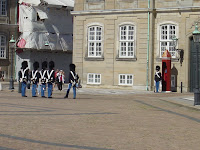 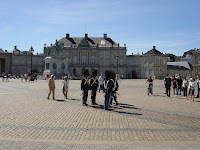 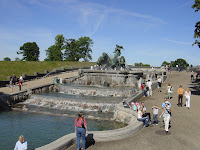 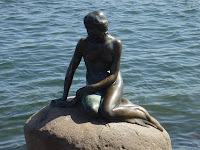 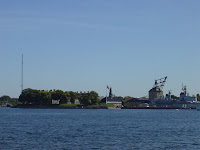 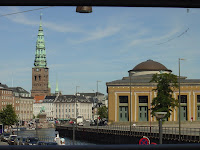 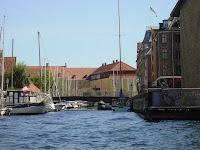 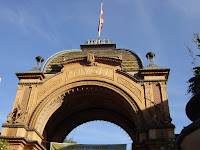 Taken from my mobile phone 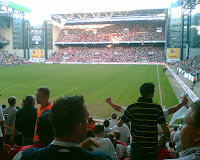 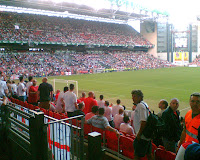 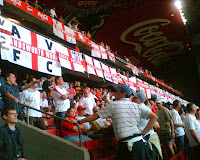 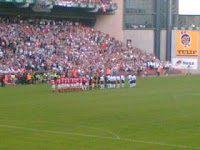 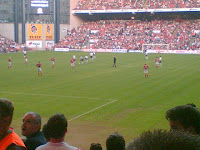