When Brighton announced the pre-season schedule this was the match that jumped out at me as a must do!  On the Saturday I headed to a mates skabarnfest (in St Leonards-on-sea) and was dropped home by a mate called "Tappa" although nobody knows why he is called that!  Even at his recent wedding his old man denied knowing how or why he got that name, but I digress!  Tappa saved the day for me and dropped me back at my Mums just before midnight!  With the alarm set for 4.15am I knew we were in for a long day!

So Sunday morning and a short stroll from my Mums and I was picked up by Dean, Ciaran and Mark by Hove Dog Stadium.  Our flight left Gatwick at 7.15 and it was thankfully on time. We landed about an hour or so later and by 9.30am we were in Aberdeen city centre after catching the bus from the airport. A very reasonable £3 return fare. 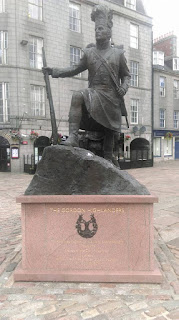 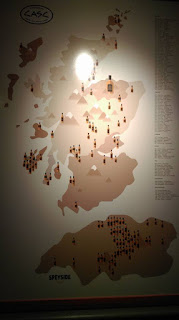 Aberdeen is famously know as the Granite city. I have to confess we did little sightseeing but we did come across this fine fellow outside the Weatherspoons pub in Union Square. One pub also listed all the distilleries in Scotland, I think to visit them all would have been a little difficult as we were only in Scotland for a day!


We decided to continue the one beer one pub ideology and were soon heading down towards the docks. By now even the sun was trying to come out - steady on. 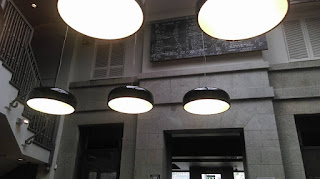 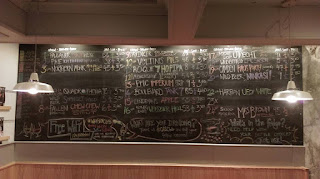 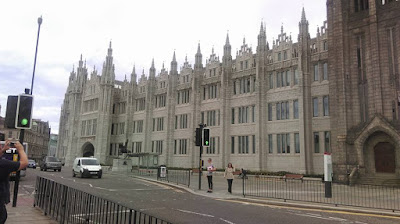 The time was now 2.35 but luckily somebody had remembered to order some taxis.  Before you could say its a little cool today we were at Pittodrie.  A healthy number of Albion fans had made the long long trip north of the boarder.

I thought we played ok in the first 45 minutes, but Aberdeen eventually went on to win 1-0, Rooney scoring the winner, yes that Rooney, the one that got a hat-trick against us for Stoke!  I have to say that the most vicious things in Pittodrie was the rather nasty seagulls, the ones in the air not on the pitch.  Aberdeen have have real problems with them and during the game a single Hawk had the job of chasing them off!  At one time it was like watching the battle of Britain!  Eventually the Hawk took control and the seagulls drifted off (possibly with a few small children as lunch!) 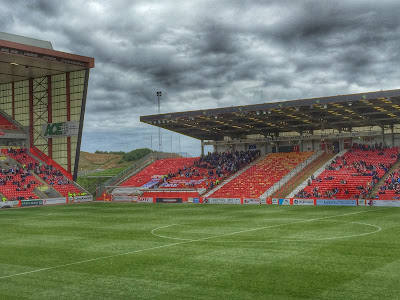 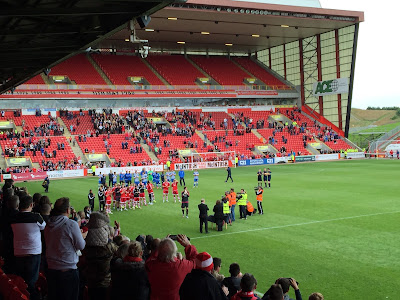 After the game we headed back to the city centre for a couple more beers.  Some stopped off again in the first every Brew Dog pub, Dean and I headed to a rather shit real ale pub by the train station that did no real ales!!!  We soon moved on to the Weatherspoons pub to meet the others.


As we headed to get the bus back to the airport we got the good news that the flight was delayed! By the time we got to the airport the plane was now showing as about two hours late, not ideal when you are already on the 21.05 on a Sunday night, as we went through security the plane was still at Gatwick! Luckily the bar air side remained open until our plane was ready to board.
The Albion team (apart from 3 poor development squad players who were on our flight) were on the on-time flight to Heathrow! We had a chat with the Gaffer Chris Hughton.
Inevitably you find fans who let the side down, the team down and more importantly themselves down!

We finally landed at Gatwick at about 12.30am, but then hit another problem, we needed a bus to get us to domestic arrivals, so we sat and waited and waited and waited!  The bloke at the end of my row had a big pulsing vein in his neck by the time they let us off the plane. He had spent most of the journey asking the poor steward why he could not change the Easyjet refund policy!!  Dean, Cirana and I had a mad dash to the airport and JUST caught the last train back to Brighton (1.49am).

Anyway back to more interesting facts - not wanting to sound like an Alcoholic but I think we visited the following pubs during the day - The Archibald Simpson, Old Blackfriars, The Moorings Bar, CASC, The Prince Of Wales and 6 Degrees North. We also did one near the station but it had no real ale and i cant recalls its name. A few others did the Brewdog as well! We also had one or two at the airport as out flight was over 2 hours later! All in all a brilliant trip.

Here are a few more pictures from the match (Seagulls everywhere) 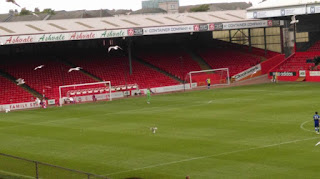 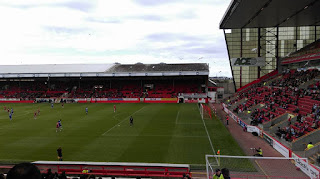 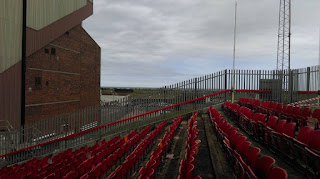 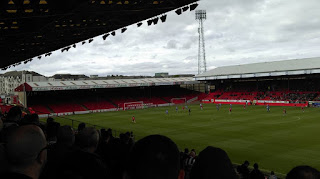 The away end is nicely exposed to the North Sea.  Even in July is was bloody freezing for us poor southern softies.  Then again talking to the Old Bill they did say it was not the warmest summer day they have had.  apparently it does get above freezing occasionally! 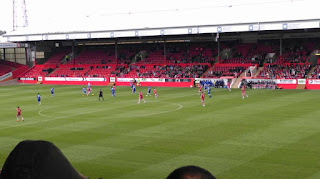 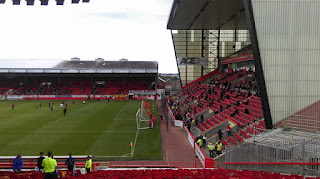 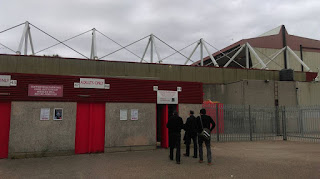 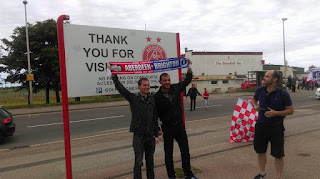 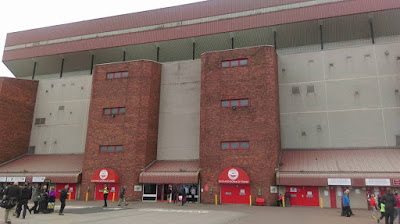